The Light Shirts played the Dark Shirts in a hard fought encounter on a sunny afternoon in Battersea Park. Final score was Lights 6, Darks 4. These are some pics taken by Caz that capture some of the elation and despair of this 10-goal thriller. Read the match report here. 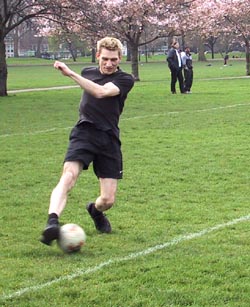 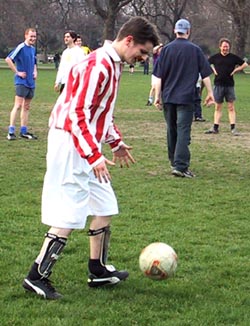 Lights star Sir Tom “Tommy” Thomas gave a breathtaking display of old skool skill, but the warm spring sunshine on his moustache wax reduced his effectiveness in the second half. 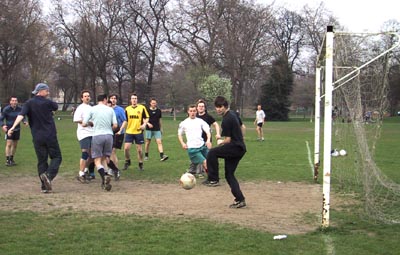 The Darks survived many goal mouth scrambles, but in the end, confusion over who was actually in goal cost them a penalty ably converted by Phil. 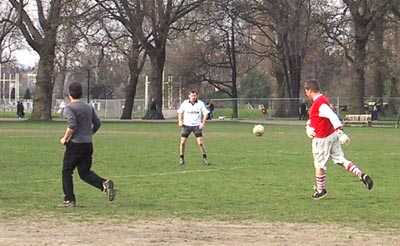 Lights keeper and Moet & Chandon Man of the Match Ben marred a gritty performance between the sticks with some suicidal ball distribution.